THE TROUBLE WITH AMERICA 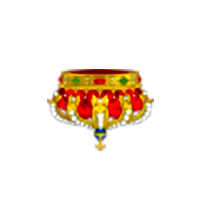 The trouble with America is it's dishonesty. It has risen to such hights in recent decades, that it's once great history has been irreparably damaged. Indeed, one could say that it is broken, but this is over simplification.
The trouble with America is how dishonest the people of America have become. Not only with each other in terms of everyday motive, deception for personal gain, etc., but also with themselves. Each individual seems to have a cloud over them, filled with things they're not willing to admit to themselves. This dishonesty has been growing for a long while. Sometimes people go to their graves without ever admitting the truth of their actions to anyone, including themselves.
The trouble with America is that it's not a free country. Far from it in fact. The cost of living has dramatically increased and access to credit and other forms of economic stimulation have been relegated to the upper middle class and upwards.  The credit available to the lower classes amounts to indentured servitude with impossible to pay interest and clauses in contracts that result in the loss of equity once they become delinquent. Peoplelose their Houses, Cars, and even their furniture after having paid monthly for years, and get nothing back.
The trouble with America is the greed of the wealthy. With no desire to see others rise to their station, a perpetual competition has been declared, but those born into poor families  learn this often too late to be effective. That is not to say that people have not risen to higher stations in life from poor beginnings...but they are always the exception and not the rule.  The rule is that you stay struggling here in America until you get a break. But breaks are not being given to the multitudes.  They are given to those who are beautiful or talented in the eyes of corporate market executives. Or you can climb one of the few ladders they have set up for their employees, one that has a pre-specified top rung. One has to be marketable, bankable and controllable in order to gain ground financially in this country. This automatically makes the masses unqualified for advancement and often we can see the ceiling from the ground floor.
We know we're not going anywhere...but we tell ourselves every day that it's going to be different tomorrow.  This is the grand lie we are all telling ourslelves. It is high time we began to tell the truth.
The trouble with America is that everything is owned and must be paid for. There is no common property.
The trouble with America is that it manufactures enemies in order to justify WAR. And the profits of those wars are used to further subjugate the population.
The trouble with America is that it's people trust the media more than their own judgement.
The trouble with America is that it teaches according to status and not truth.
The trouble with America is that it dwells too often in the past and doesn't strive for the future.
The Problem with America is that it has put Currency above Ethics. The End does not justify the means. The means must be ethical in order to ensure an ethical end. But this philosophy is ignored by the "leaders" of America.
We as a people are constantly being duped, set up, fooled, and conned. By every one from the grocery retailer to the defense attorney. The judge isn't impartial, he's a cog in the wheel. He gets paid to put people into private prisons. Does anyone see how awful that is?
It is my greatest regret that I did not realize this sooner in life, but only had hints of the decay in character. As a young person I did not understand the scope of corruption or understand what it really was to be corrupt. But as I grew and watched the people around me, I realized that corruption is easily simplified into one statement. I don't care if it's fair or not.
-MR.K
★★★ KREET-N
Email ThisBlogThis!Share to TwitterShare to FacebookShare to Pinterest
Newer Post Older Post Home